Among aficonados – and certainly chefs – it is referred to as Yue, not Cantonese, cuisine.

We can actually pin-point to the exact year when Yue cuisine started, namely 204 BC, because that was the moment in history that the Kingdom of Nanyue was promulgated.

After Qin Shi Huang – the first emperor – united China in 221 BC, he turned his attention to the normadic Xiongnu in the north and what was then known as “Baiyue” or the “100 Tribes of the Yue” in the south. These were mopping up operations as he had already defeated, one after another, the other six kingdoms of Han, Zhao, Wei, Chu, Yan and Qi.

Qin Shi Huang despatched – in several campaigns – his generals and 500,000 troops to subdue the Baiyue. 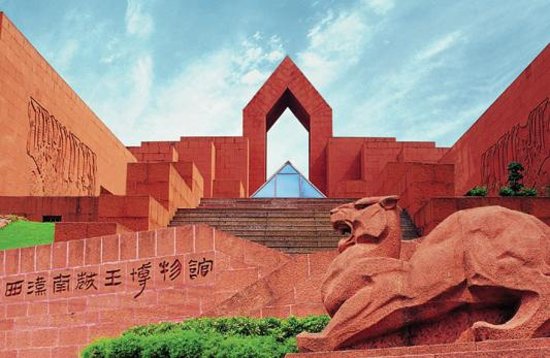 The Museum of the Mausoleum of the Nanyue King is located at 867 Jiefang Road in downtown Guangzhou.

Ironically, when the south was brought under control, the Qin Dynasty itself started to unravel.

The first emperor died in 210 BC. Obsessed with immortality, he sent out orders to throughout his empire asking local officials to look for elixirs of immortality, and to send them to the imperial court if these were found. Although no hard evidence exists, it is believed that Qin Shi Huang ingested cinnabar which contains mercury and which precipitated his death.

The irony is more pronounced for the fact that Ying Zheng (the name of the first emperor) had survived three assassination attempts in a 49-year lifetime. His paranoia extended to the fact that palace officials were forbidden to carry weapons in his presence. At the same time, being superstitious, he never named his talented and well-regarded eldest son Fu Su as crown prince.

As a result of this negligence, when Qin Shi Huang died during a tour of his empire, Fu Su’s younger brother, the prime minister and chief eunuch – who were all travelling with the emperor – forged a new will naming the younger prince to be the new emperor and ordering Fu Su and a general allied to him to commit suicide which, unfortunately, the elder son obeyed. (The general suspected a plot but took poison later).

Through inept rule, rebellion gradually broke out throughout the empire. In 206 BC, a new Han Dynasty was declared which then tried to impose its will on the south. The generals there, rather than pay allegiance to the new regime, struck out on their own.

In 204 BC, ZHAO Tuo, one of the commanders originally sent down by the first emperor, founded the Kingdom of Nanyue which comprised parts of what is today North Vietnam, and the Chinese provinces of Guangdong, Guangxi and Yunnan. Nanyue had a contentious relationship with the Han rulers and was only finally brought back into the Chinese dynastic fold after 93 years.

Two thousand years later, perhaps the most lasting legacy of Nanyue is to lend its name to one of China’s greatest culinary expressions. Today, there are few people who have not heard of Cantonese food. More correctly, it should be referred to as Yue cuisine. 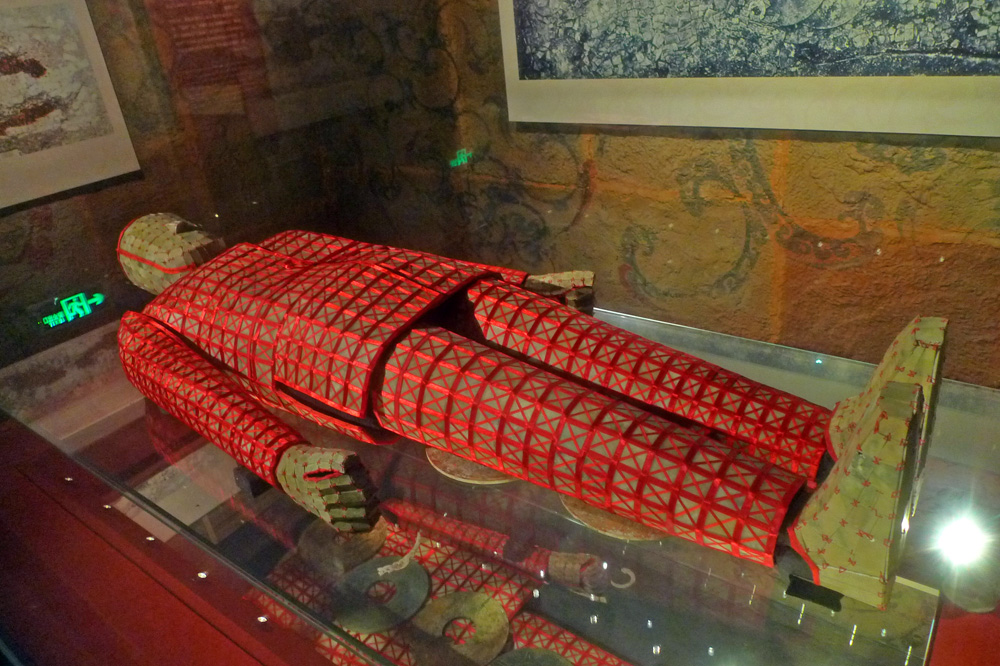 The 2,291-piece jade burial suit of King Zhao Mo, grandson of Zhao Tuo, can be viewed at the Mausoleum of the Nanyue King.

Footnote
It would be ludicrous to suggest that the lands we refer to as Nanyue did not have their own cuisines. It is, however, an accepted fact that the Nanyue king, Zhao Tuo, introduced Chinese bureaucracy, agricultural practices, culinary influences, the Chinese language, and writing to the kingdom he founded out of the Baiyue or Hundred Yue tribes. Today, what we refer to as Yue or Cantonese cuisine is the distilled diversity and richness of a 2,200 year old tradition. One that is certainly worth celebrating. The utmost compliment to a cultural heritage is to nourish it. In the case of Yue cuisine, this means nothing short of eating our way through the delicious legacy.

*In 1983, on a construction site in downtown Guangzhou, workers discovered the tomb of the Nanyue king 20 metres in the ground. Measuring about 11 metres long and 12 metres wide, over 1,000 pieces of cultural relics were discovered, including a priceless 2,291-piece jade burial suit of King Zhao Mo, grandson of Zhao Tuo, founder of the Kingdom of Nanyue. The Museum of the Mausoleum of the Nanyue King is located at 867 Jiefang Road.