‘It was founded by my mother in 1959. At that time, it was a wooden shed. We rebuilt it last year and it was inaugurated on 10 October 2018,’ Alex Lee recalled.

Helen Lee had originally come from Guiyang of Guizhou province. Her family left China for Taipei and there, she met William Lee Hai Tien, who is from Tianjin of Hebei province. They got married and moved to Yokohama in 1951, settling in that city’s Chinese enclave.

(Chinatown is referred to in Chinese as “Tang Ren Jie”, literally “Tang People Street”. The reference is believed to be Cantonese in origin because the dialect denotes Chinese as “Tang People” a reference to the dynasty that ruled China from 618 to 907. The world’s oldest Chinatown, established in 1594, is Binondo in Manila). Chang Dai Chien, also written as Zhang Daqian, was a friend of William Lee Hai Tien and his wife Helen. This photo was taken in Yokohama where the Lees lived and where Chang visited often. William Lee had commissioned Panorama of Mount Lu. As it was Zhang Daqian’s last painting, following the death of the artist, Lee gifted the painting to the family. Later, the Zhang family decided to gift Panorama of Mount Lu to the National Palace Museum Taipei. Before they did that, they asked William Lee Hai Tien if it was alright to do so even though the painting had already passed to them. Such are the ways and courtesy of the old world. 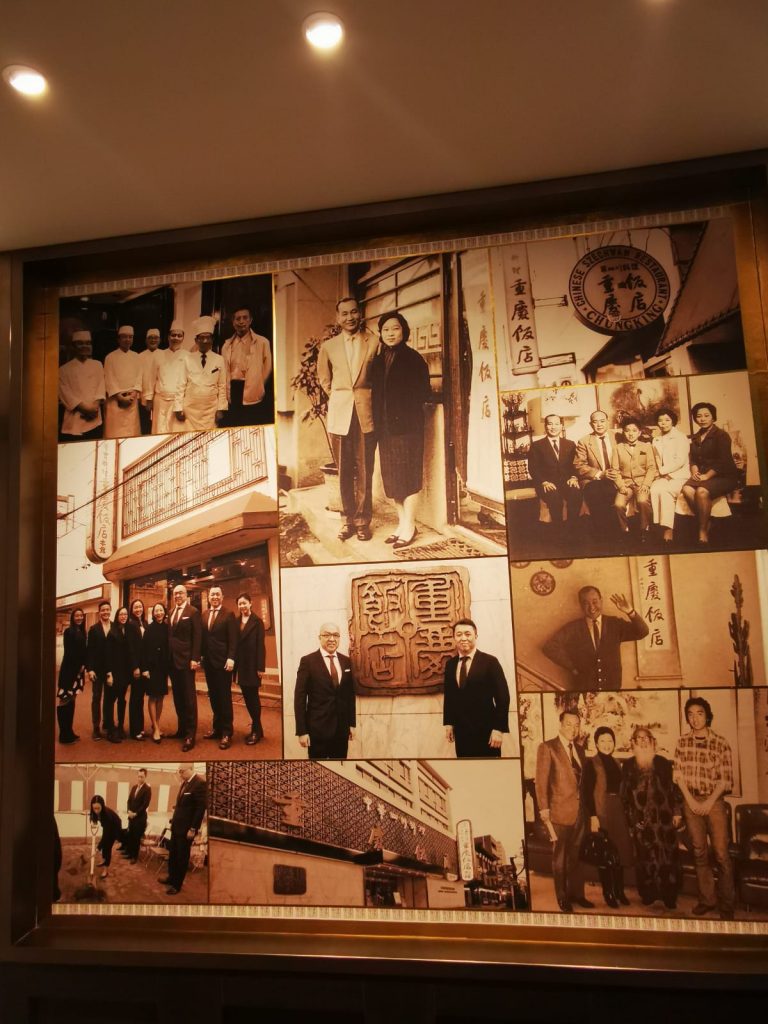 In 1959, Helen Lee stopped being a nurse and went into business, opening the first Chungking Szechuan Restaurant (known in Japan as Jukei Hanten). Helen Lee trained as a nurse in Yokohama. As for her husband William Lee Hai Tien, he was a teacher at the Nationalist Taiwanese Primary School in Yokohama’s Chinatown while also studying at the prestigious law school in Chuo University in Tokyo. The couple, prominent members of the Chinese community in Yokohama, were good friends of Chang Dai Chien (10 May 1899 – 2 April 1983), also written as Zhang Daqian. Such is the painter’s gifted talent and versatility that Zhang is often referred to as the “Chinese Picasso”.

In 1959, Helen Lee stopped being a nurse and went into business, opening the first Chungking Szechuan Restaurant (known in Japan as Jukei Hanten). She rented the “wooden shed” which the family later purchased. The choice of the cuisine was because William Lee was a good friend of a famous Sichuan chef named Chen Jian Min who had come to Japan and opened a restaurant. Chen suggested to the couple to open a Sichuan restaurant and offered to help find a chef. Another reason for the choice was because, at the time, Yokohama Chinatown had Cantonese, Beijing and Shanghainese restaurants but not Sichuan.

It is a testament to the foresight and business acumen of Helen Lee that Chungking Szechuan has today become one of the most respected culinary names in Japan, with a total of seven restaurants and three delicatessens in Yokohama, Tokyo, Nagoya and Okayama. Chungking Szechuan offers both Cantonese and Sichuan cuisines. The former dominates the latter in dishes on the menu. 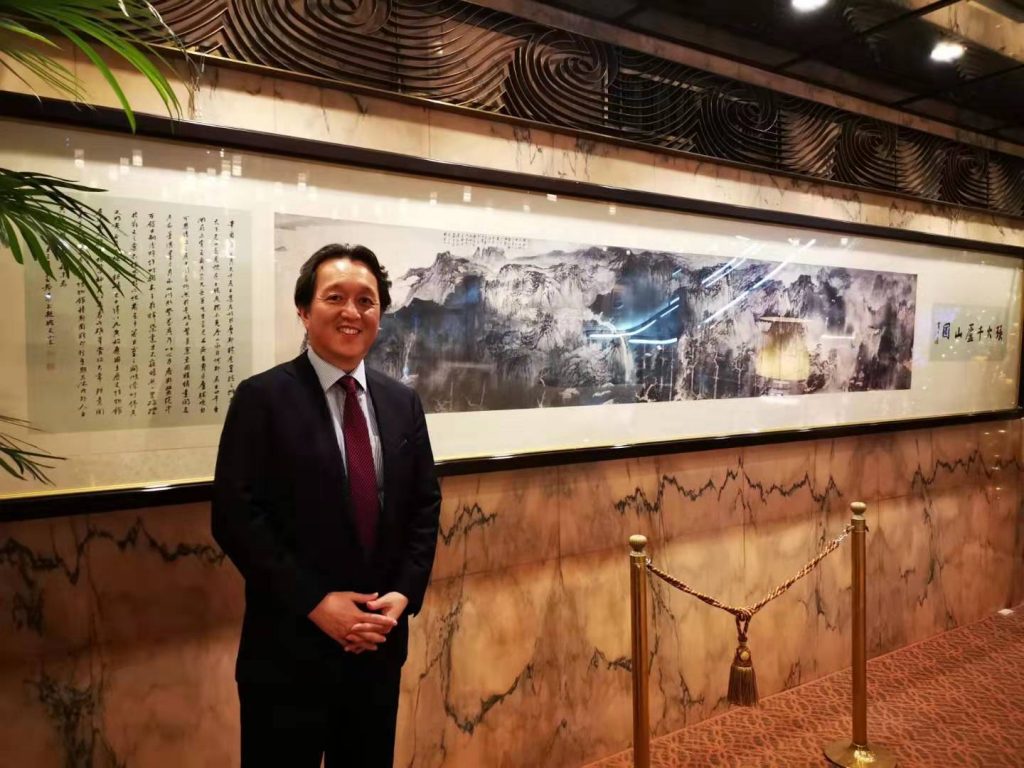 Alex Lee stands in front of a print copy of Panorama of Mount Lu which hangs in the lobby of Rose Hotel, Yokohama. Chef Chan Yat Ming, born in Hong Kong, first came to Japan in 1974. Two years later, at 18, he joined Chungking Szechuan and has remined there since. 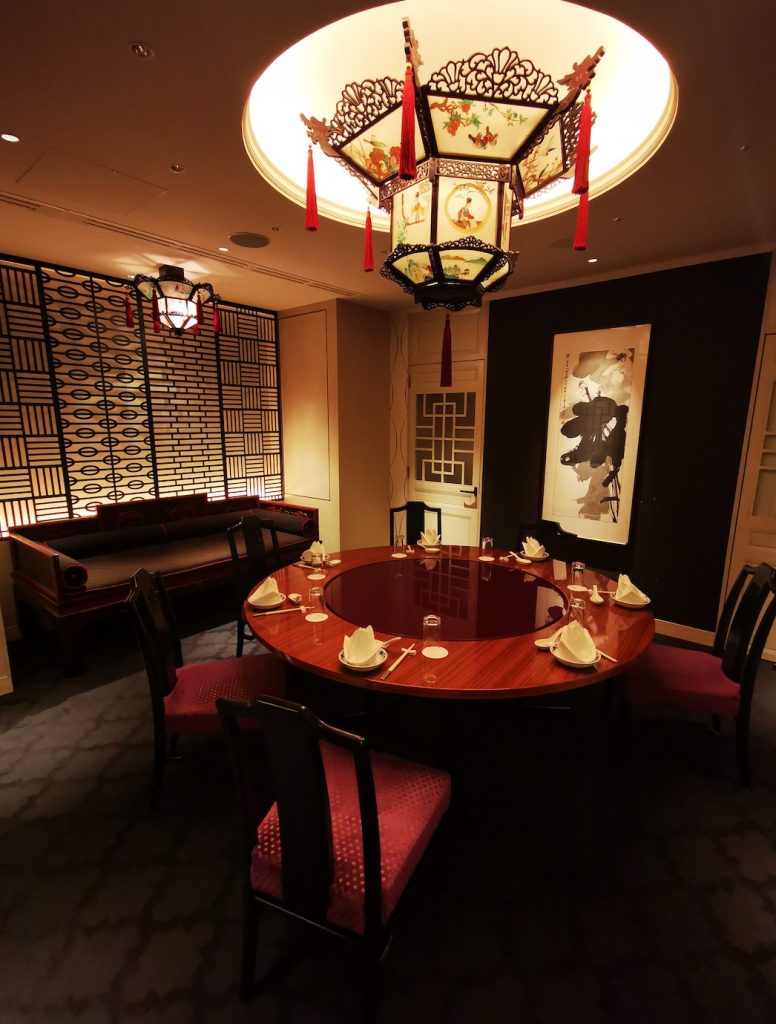 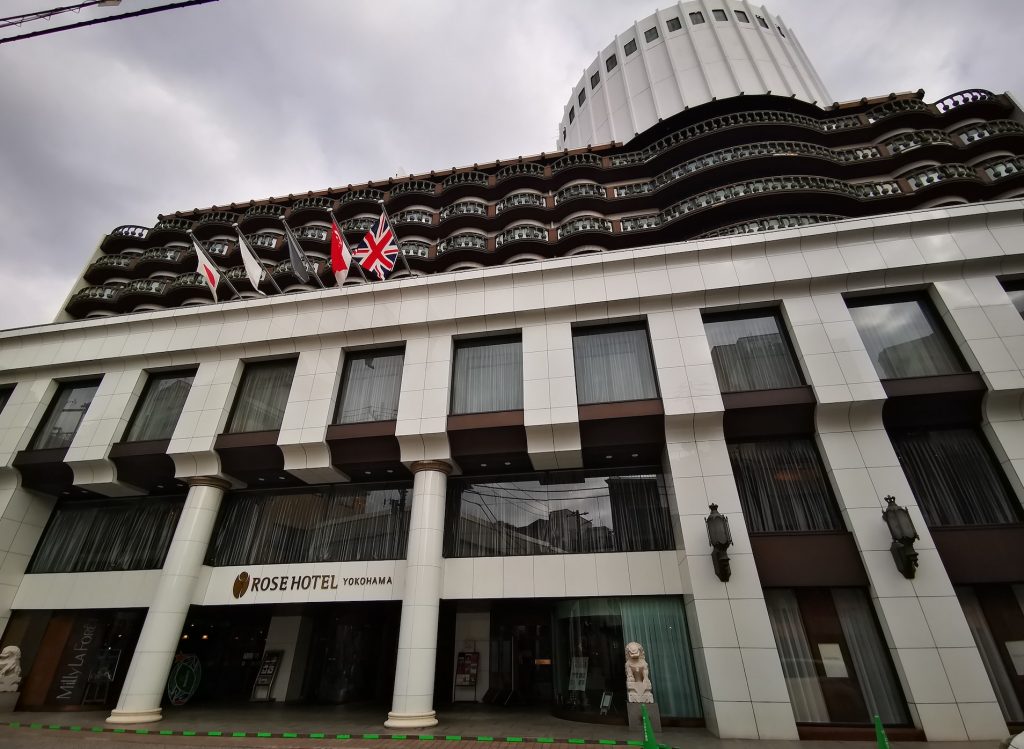 Alex, and his elder brother Teddy Lee are also owners of Rose Hotel (at one time managed by Holiday Inn).

Chan Yat Ming, born in Hong Kong, first came to Japan in 1974. Two years later, at 18, he joined Chungking Szechuan and has remined there since. Chan is only the second Executive Chef of the group, having succeeded his father who is still alive – but retired – and goes around Chinatown and Yokohama on his bicycle. The senior Chan had also come from Hong Kong but was born near Shantou in Guangdong Province. All Chungking Szechuan restaurants have the same a la carte menu. Where they may differ are in the set menus in the various restaurants.

Alex, and his elder brother Teddy Lee are also owners of Rose Hotel (at one time a franchise of Holiday Inn and it is managed by the Lee family for 22 Years). The same is situated just a few houses across the restaurant. Rose Hotel is named for the fact that the flower was a favourite of Helen Lee and also because it is the floral insignia of Yokohama. Yokohama Chinatown can be reached by the Motomachi-Chukagai Station underground station.

There are 10 Zhang Daqian paintings in Chungking Szechuan Yokohama. These include paintings where the colophons mention William and Helen Lee by name. 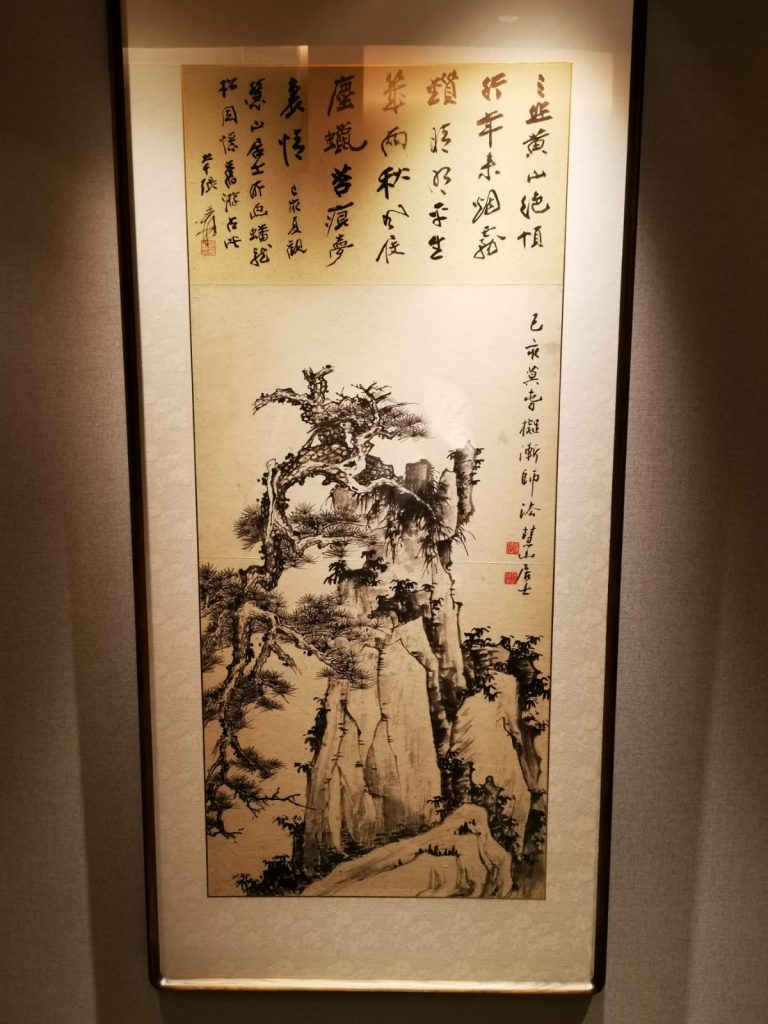 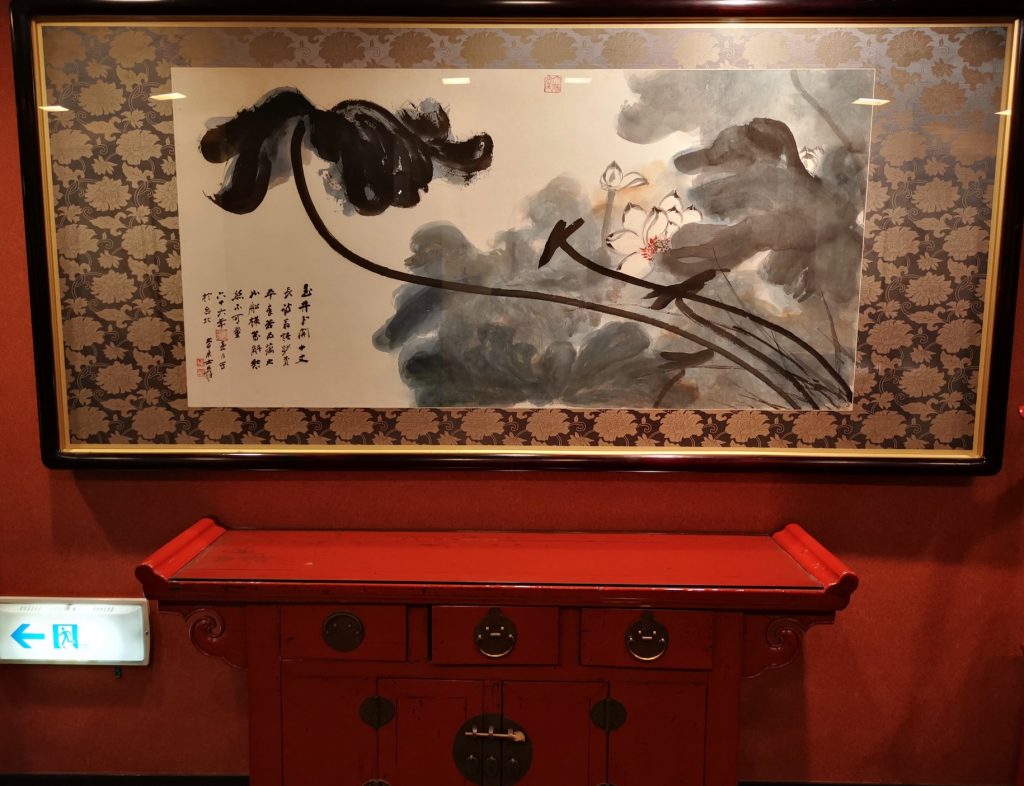 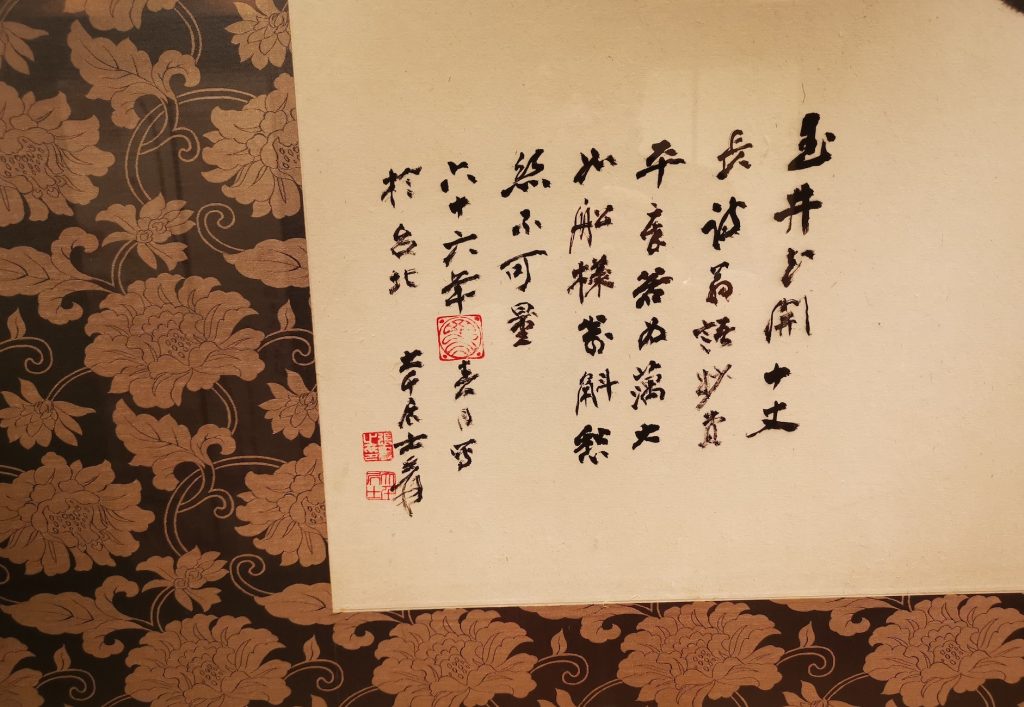 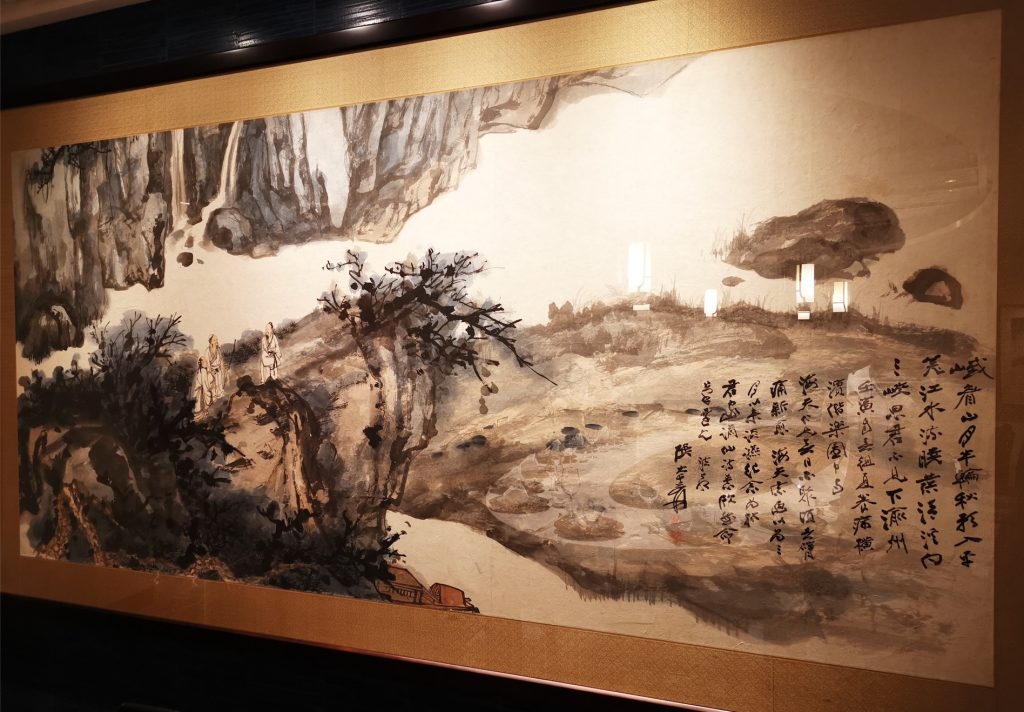 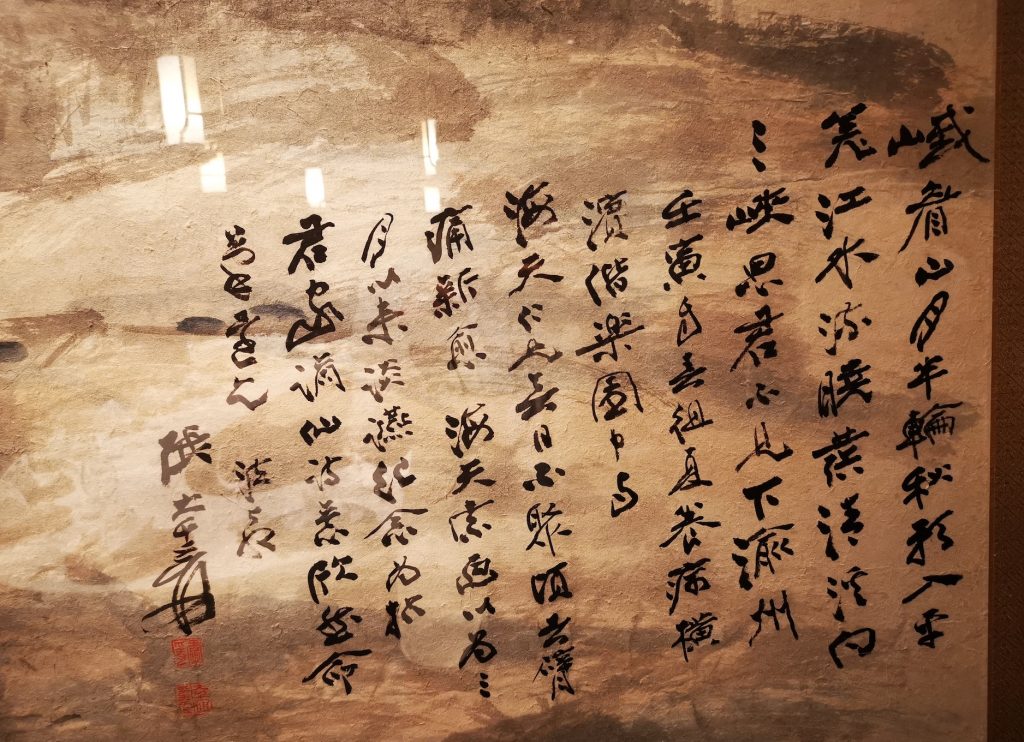 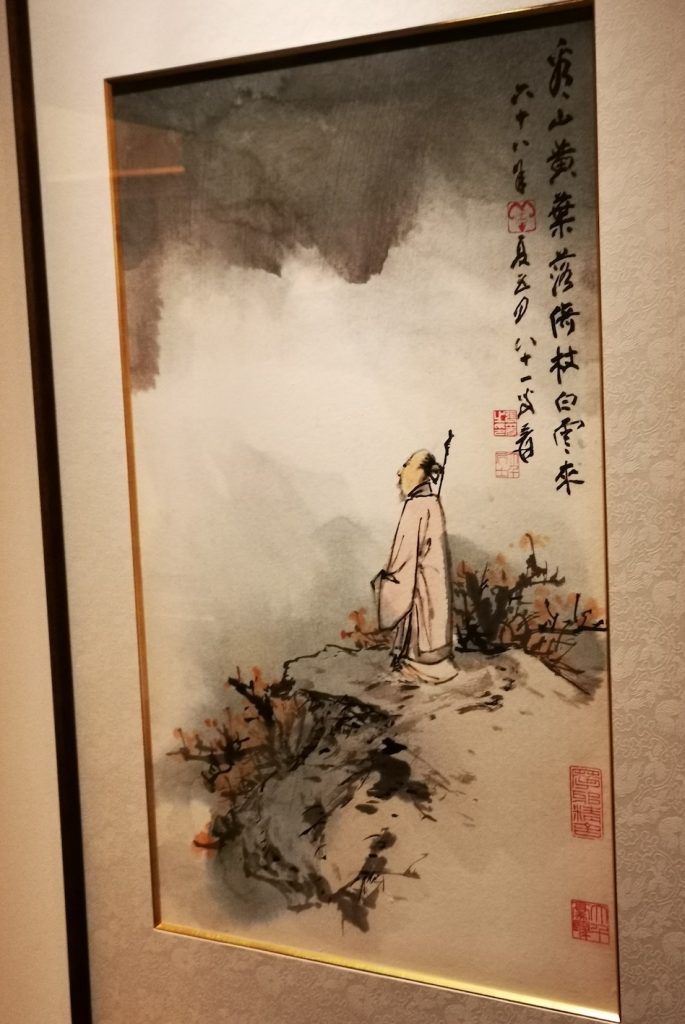 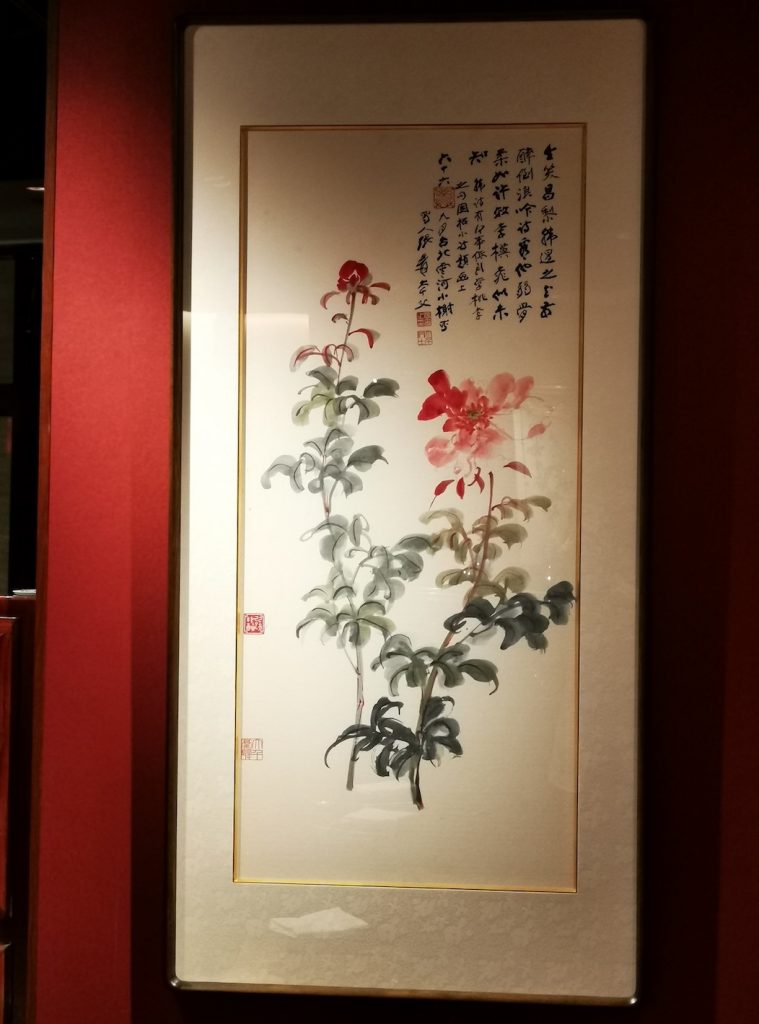 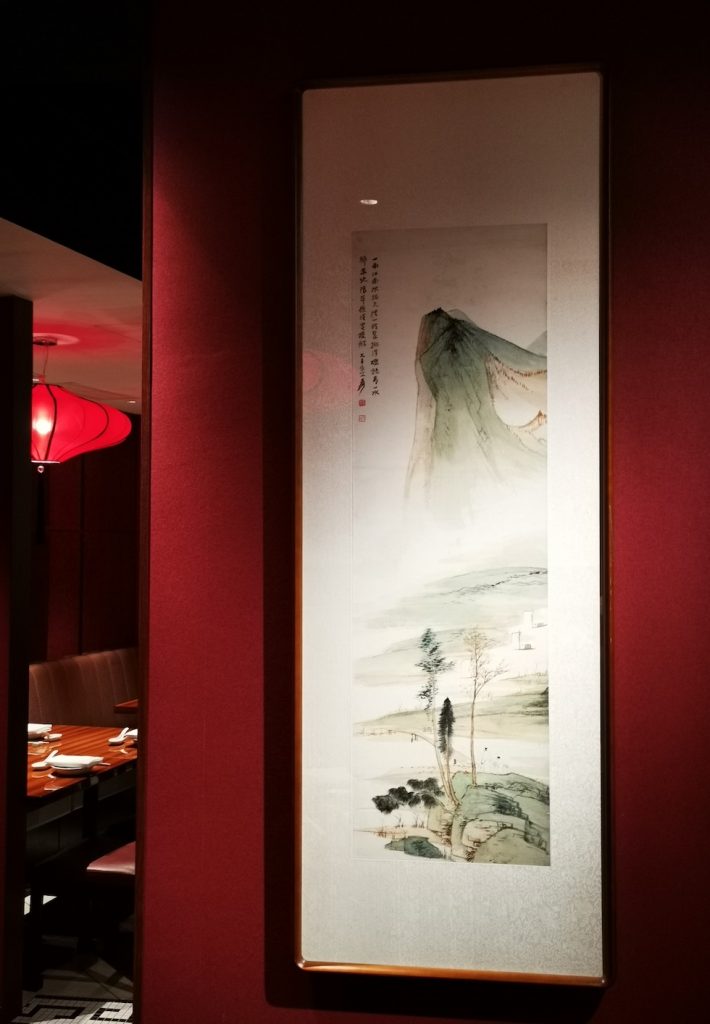