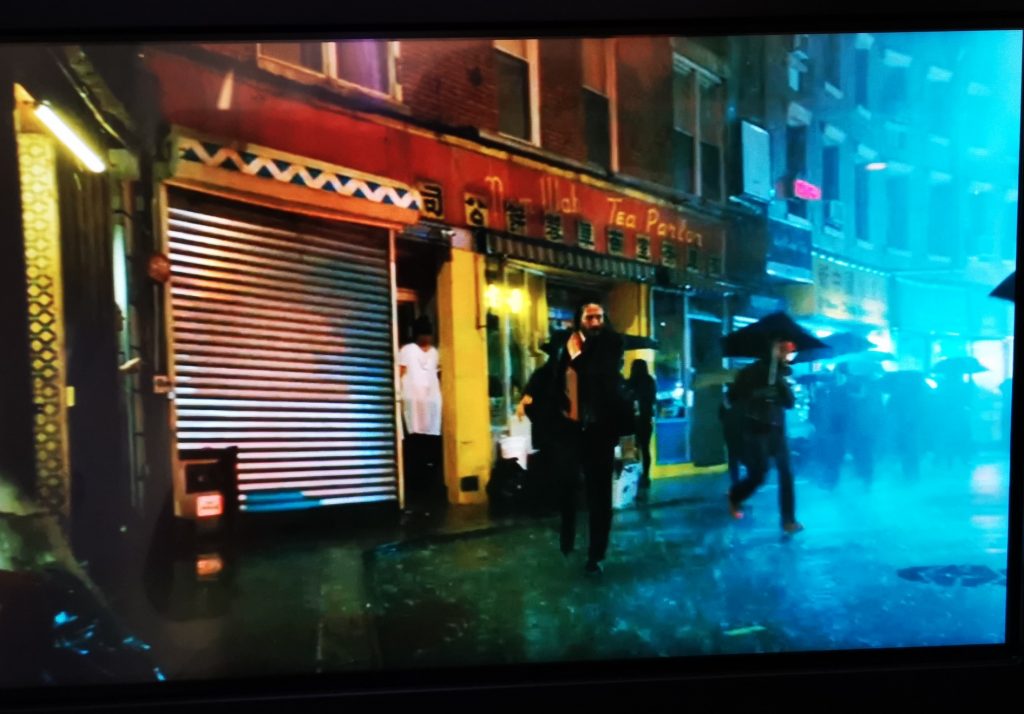 New York’s Chinatown is one of the most impressive Chinese enclaves of its kind. The fresh produce includes different varieties of fresh prawns and clams.

When I visited the fruit vendors were not just plying peaches and longans from China but also rambutans fromSouth-East Asia. One of NYC Chinatown’s oldest restaurants is Nom Wah Tea Parlor (if taking the subway, get out at Grand Street or Canal Street station).

Nom Wah first opened at 13 – 15 Doyers Street in 1920 as a bakery and tea parlour and was particularly famous for its mooncakes. In 1968, the restaurant lost its lease at 15 Doyers Street. As a result of that, Nom Wah moved into a brand new kitchen next door. It has, since 52 years ago, been at 11 – 13 Dyers Street.

This year, 2020, Nom Wah will be a spritely 100 years old. The original proprietor of Nom Wah was the Choy family. In 1974, they sold to Wally Tang, who had started working in the restaurant in 1950 when he was just 16 years young. By the time Tang reached 20, he was actually managing the place. It is  wonderful that not much has changed at Nom Wah down the years. From the typeface of the name on the front of the restaurant to the interior décor, visiting Nom Wah is like rolling back the years.

Sitting in the restaurant is not unlike being in a time capsule, lingering or languishing in Hong Kong when movies were black and white, including telephones. The range of dim sums is also classic Cantonese although there are allowances to more recent taste, including xiao long bao. There are two other Nom Wah outlets, in Philadelphia (opened in 2015), and in New York’s Nolita neighbourhood (2016). 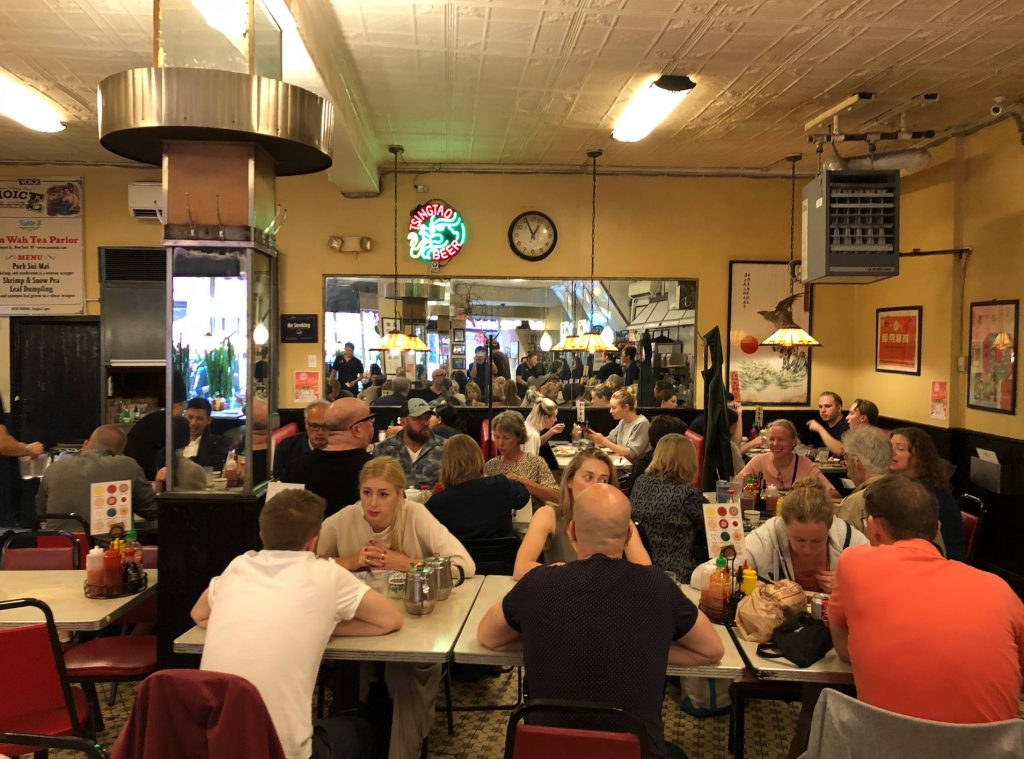