Silk Road is situated inside the Amara Hotel, itself attached to a shopping mall called 100 AM. Both are owned by the same people. Guests of the hotel no doubt find it very convenient that there is a supermarket in the basement of 100 AM. The area is known as Tanjong Pagar and nearby are lots of Japanese and Korean restaurants and a row of shops specialising in bridal gowns. A bit further away in the other direction is the Port of Singapore.

For as long as I can remember, Singapore had the busiest container port in the world. That position ended in 2010 when Shanghai emerged top and Singapore was edged to second place. Since then, the Chinese city has remained the world’s busiest port with Singapore as runner-up. The next busiest ports on the planet are Shenzhen, Ningbo-Zhoushan and Guangzhou in that order.

Head Chef CHEN Zhong Ming has been with Silk Road since its opening 18 years ago. Apart from him, there are another four chefs from Sichuan, two from Shandong, and another from Guangdong. The kitchen is an open-concept and apart from being able to watch them do the cooking, you can also see them pulling noodles or la mian or ramen in Japanese. The staff are mostly from Malaysia and China. Service is impeccable. Silk Road has a regular clientele from the nearby offices but also families. Occasionally, hotel guests also find their way to the first floor restaurant. 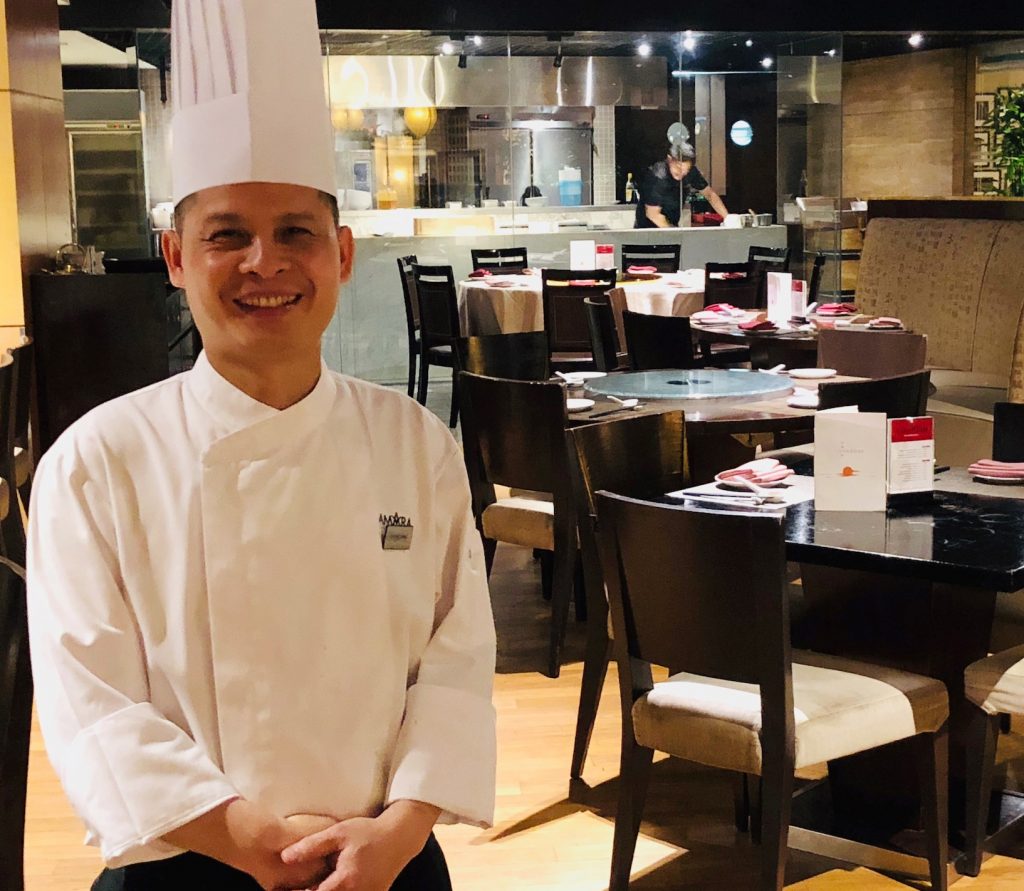 The kitchen is an open-concept and apart from being able to watch them do the cooking, you can also see them pulling noodles or la mian or ramen in Japanese.

Apart from Sichuan favourites, Silk Road has also created original dishes. Fried Dynasty Sliced Fish is irresistible. The use of black beans, leeks, and capsicums is brilliant. Nothing hot, numbing, or blow-youaway spicy here. Then there is their “shaved noodles”, a Sichuan speciality. But, here’s the twist. The shaved noodles are stir-fried Cantonese style with seafood or beef.

You won’t get that anywhere else on Mother Earth.