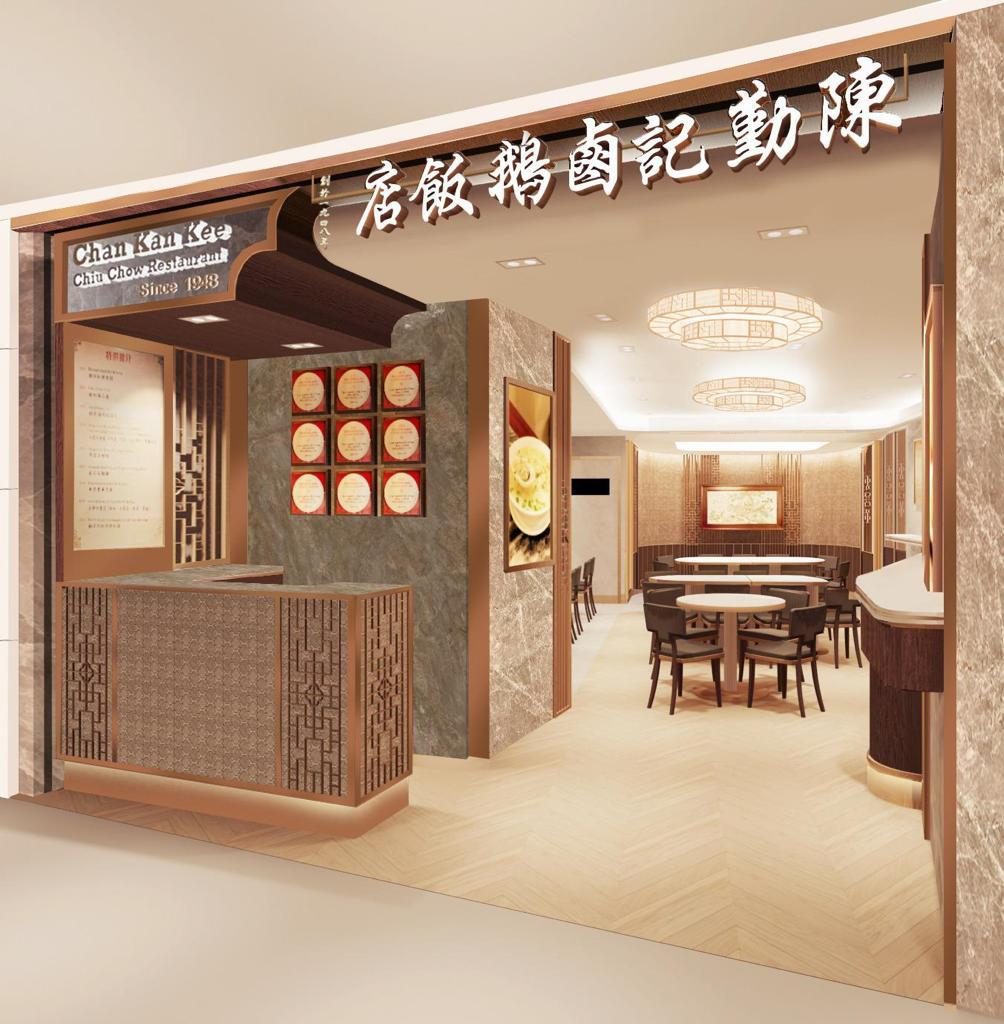 A 100 Top Chinese Restaurant of the World 2019 & 2020, Chan Kan Kee has its roots in a village in Chaozhou, Guangdong Province. It began as a movable stall selling lu shui specialities. The vendor was grandfather of present owners Eliza Chan and her family.

The patriarch later migrated to Hong Kong and set up as a hawker in what is today Heung Hing Lane, better known by an older generation of locals as “Chiu Chow Lane”.

The restaurant which was formerly at 11 Queen’s Road West has closed.

Chan Kan Kee will be re-opening at The LOHAS in Tseung Kwan O on Sunday 1 November 2020. 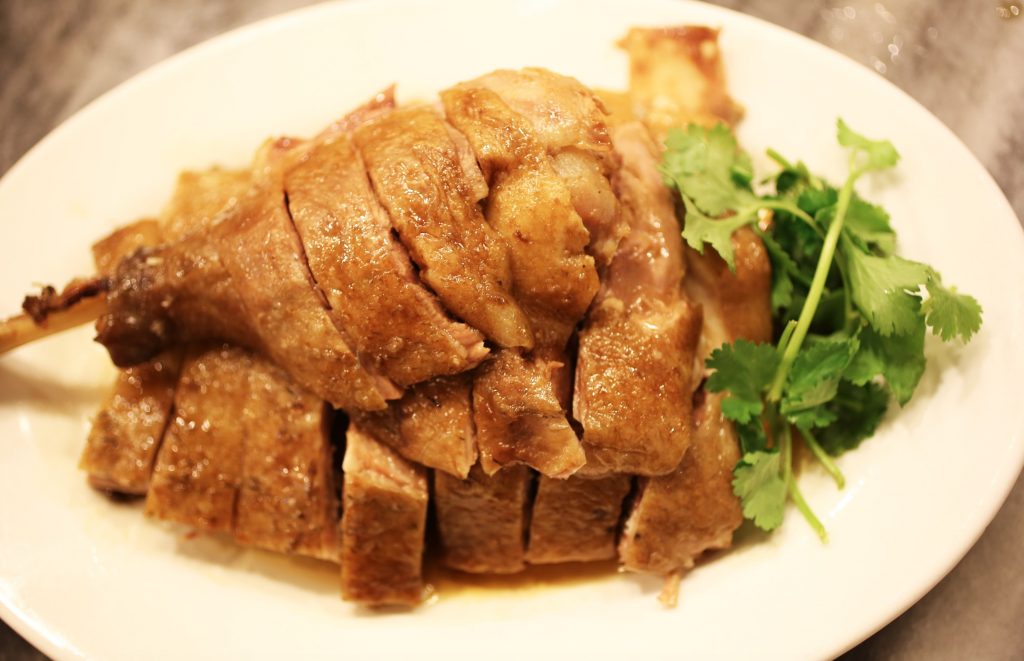 ‘The recipe has been recorded down. We also have a video of my father preparing lu shui,’ revealed Eliza Chan.

Although able to do it herself, Eliza’s elder sister CHAN Pui Ling comes to the shop to prepare the lu shui every day including of pork, pig’s intestine, goose, goose innards, eggs and beancurd.

When Chan Kan Kee was selling lu shui in Heung Hing Lane, one regular customer was LI Ka Shing. Although Hong Kong’s wealthiest man did not pick up the Chiu Chow classic himself, he had sent his chauffeur, who was known to Eliza Chan’s mother. 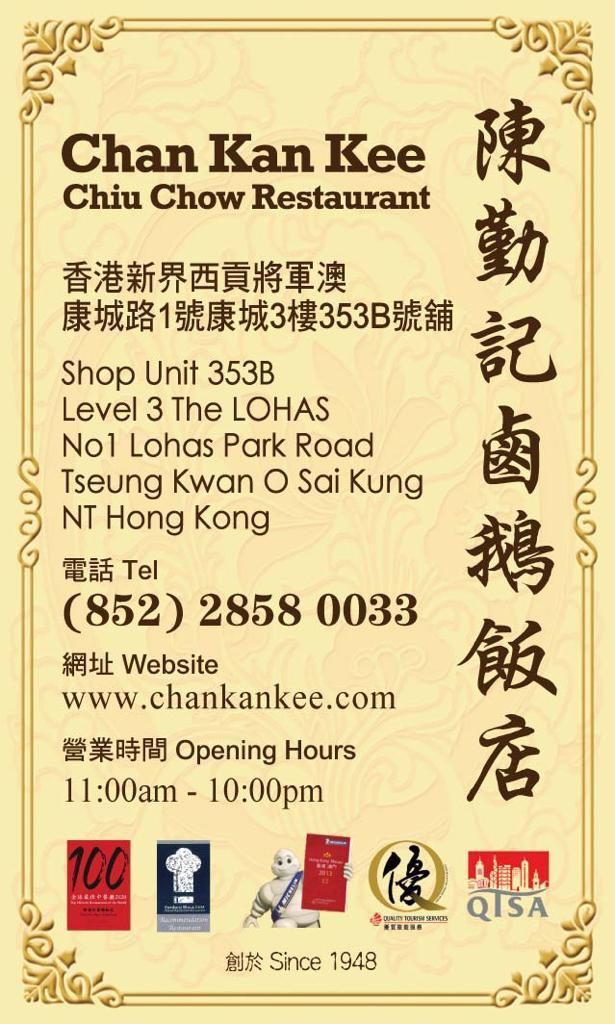