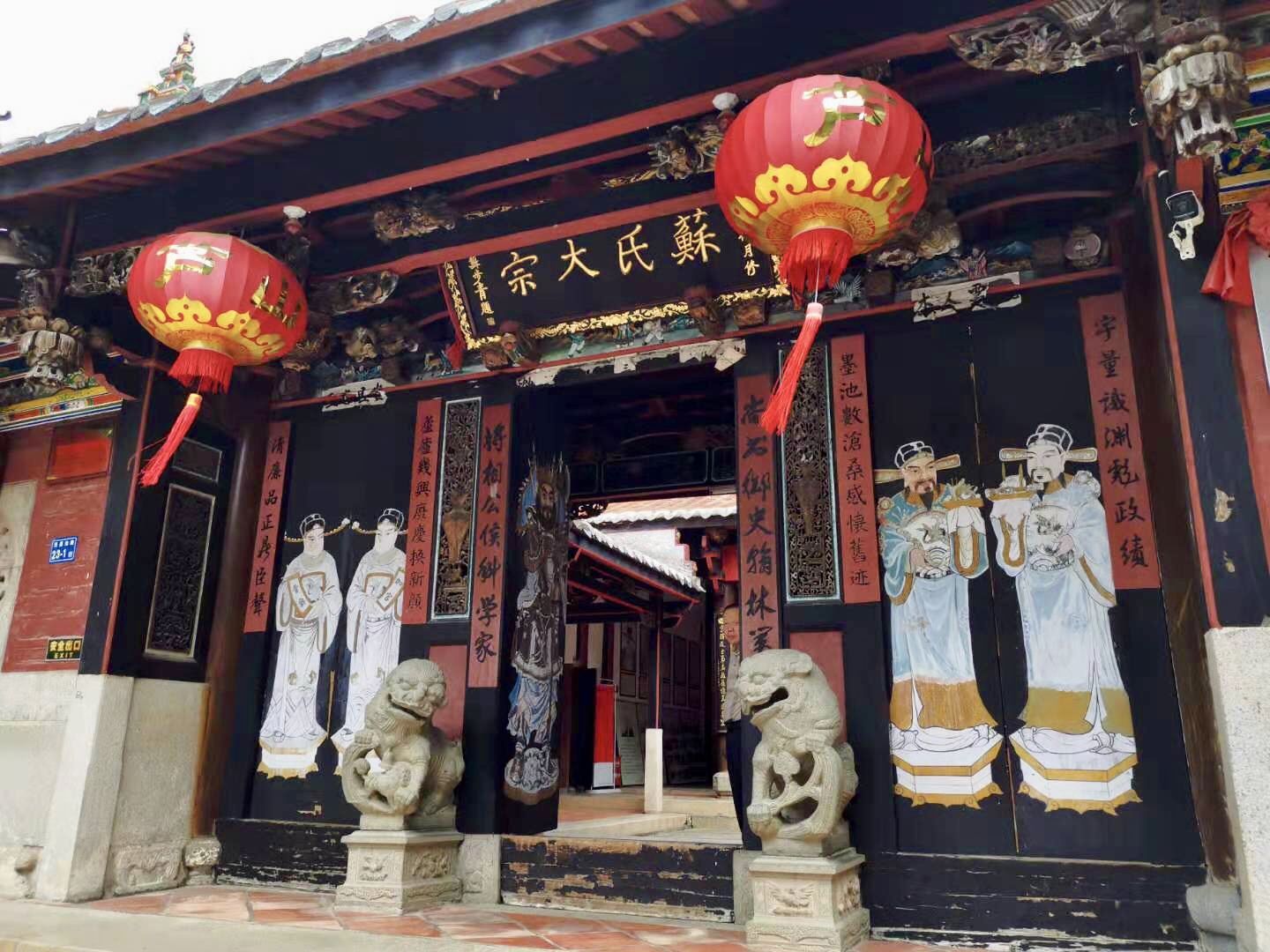 Lu Shan Tang in Xiamen, Fujian province, is the ancestral family temple of a famous Su clan. Family members have lived here since the time of the Five Dynasties, the period between the fall of the Tang dynasty in 907 and the founding of the Song dynasty in 960.

Lu Shan Tang is the brand of a baijiu. It is produced by the member of a family whose ancestral hall in Xiamen, Fujian, traces their roots back to the Song Dynasty (960 – 1279). This direct descendant named his baijiu after their family ancestral temple Lu Shan Tang. On the left of the courtyard, a wall contains the names of family members going back more than a thousand years. In the inner sanctums, the more illustrious members are highlighted with individual references. All are court officials. Su Yongfu started distilling baijiu in 1988 straight after he came out of university.

The family had made rice wine or huangjiu since 944 and then baijiu from the Qing Dynasty (1644 – 1912). Production was for their personal consumption. And, it wasn’t until Su Yongfu that they did so for commercial reasons. Su Yongfu is the proprietor producer of Lu Shan Tang Qing Xiang. The master distiller traces his roots to the Song Dynasty (960 – 1279) and is photographed here in his family ancestral temple in front of his ancestor Su Song. Su Song (1020 – 1101) is perhaps the most illustrious member of the Su clan. A scholar, astronomer, and court official, he was a contemporary of, and related to, Su Shi or Su Dongpo (8 January 1037 – 24 August 1101), one of the most iconic scholar literati, court official, and dissident voices in Chinese history.

Baijiu is usually categorised under aroma. The three principal aromas are Sauce Aroma (Jiang Xiang), Strong Aroma (Nong Xiang) and Light Aroma (Qing Xiang). Aroma per se does not determine quality. Most distilleries produce more than one product under each aromatic category. White flowers, pears and green melons. Su Yongfu emphasizes the importance of the baijiu being transparent, clear, pristine, and brilliant. Without any obstrusive aroma or smell. Although this is qing xiang, there is a hint of sauce or Jiang Xiang.  As with an outstanding wine or other spirit, Lu Shan Tang Qing Xiang its effortlessly balanced and elegant. And, also quite impossible to put down.